Automation testing uses automation tool to execute tests cases. Few manual involvement is required while executing an automated test suite which handles suitable software to test the program to be delivered to customers.

On the other hand, the manual testing process consists in entering commands, one by one on the test tool and analyze the results provided by the sample device. To complete the full session in manual mode takes from 5 to more than 20 days according the number of tests on a test plan.

Indeed, the purpose of automated testing is to shorten the duration of the test sessions and to enhance the degree of quality of the software tested.

Focusing on payment market, point of sales terminals must undergo several series of certification processes in order to be officially recognized as compliant payment products by each card scheme supported. 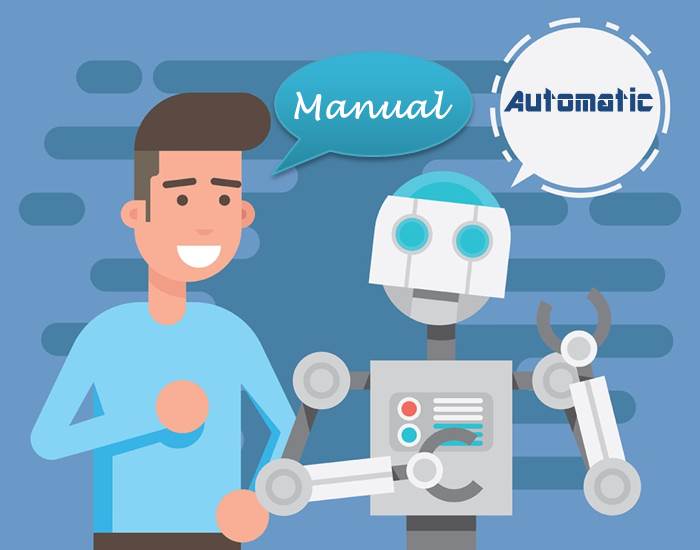 Visa, has first released automatisation specification. The VCAS, which stands for Visa Cross Testing Automation Service, is the automation tool to perform interoperability testing campaign in order to test the behavior of payment terminals with a set of contactless cards, wearables and smartphones. If the duration of this cross test campaign was over 3 weeks before the automation, it takes, now less, than one week using the automatic system, cutting the cost approximately by half.

As the card schemes have seen the interest of the market in the automation process, Mastercard and Visa have released automation specification for their functional testing process.

With automated tests, once the automatic session starts, the testing interface sends the commands and receives signals from the device under test. As the pass criteria are checked by the automated test tool, the risk of false interpretation of a test result is eliminated, ensuring that the device fully meets payment schemes requirements.

Are payment reader providers ready to win their race against time ?

The crucial challenge for terminal providers is to fast-track these certification processes to deploy at a rapid pace and reduce their time to market.

Using automation mode, not only does allow them to ensure, in a timely manner the compliancy of their payment software with the related payment specification, but it also decreases the leadtime of the certification process at the certification body.

Perfoming automated testing campaign during the certification process requires to develop the adapted tools and provide the dedicated testing environment.

As part of our process of software Quality Assurance, Alcineo has  implemented the interface for automation testing in compliance with the related requirements. Our Automated Testing Environment is able to interprete all the commands sent by the tool and send it in a translated format to the tested terminal, ensuring continued and proper communication between the device and the testing tool during the full session.

Hence our solutions are delivered to our customers ready to be submitted to accreditation process. 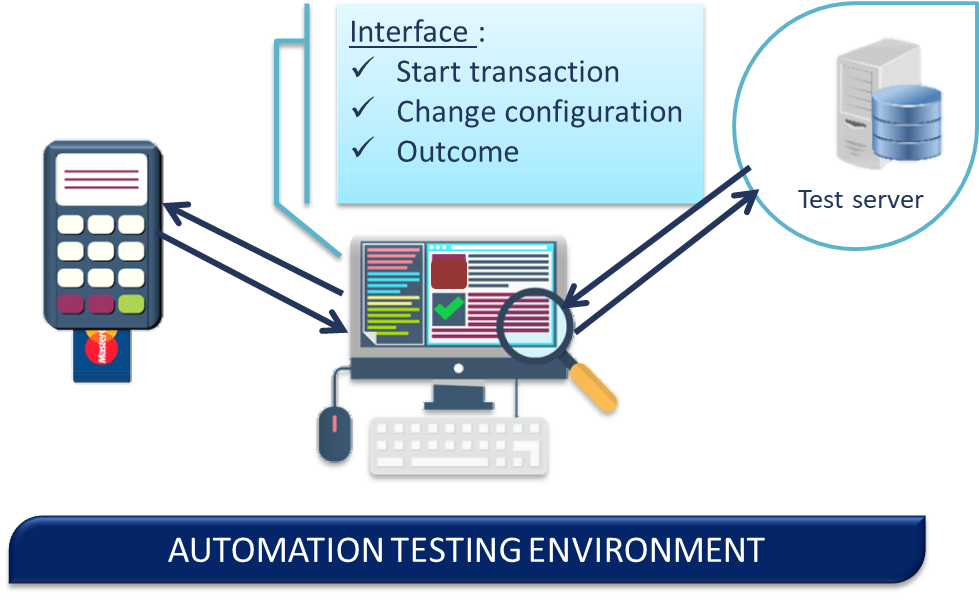 The quality check of the software developed at Alcineo is operated in-house by our ISTQB certified validation team. In manual mode, a full campaign is performed in 1 to 5 weeks according the kernel to be tested. It requires the attention of a validation software engineer to execute the test cases and detect fails.

From our validation team point of view : «  automation testing is more convenient, and improves the quality of tests. It only takes one night to execute a full testing campaign. Then the team can efficiently focus on the analysis of fails, coordonate with the development team to fix issues and perform repeated testing campaigns at a rapid pace with the objective of 100% verified solutions. »

Moreover, automated testing reduces noises and repeated gestures, which has a positive impact on working conditions.

Automatisation enhances the reliability of the test results (pass criteria are checked automatically), shortens the validation campaign duration, allowing the team to handle more projects and fasten project completion. It extends the Q&A capacity, allows faster feedback and improves quality of the delivery.

Visa has also released a guide for implementation of automation testing of the Level 2 payment applications.

ISTQB stands for International Software Testing Qualifications Board, and is internationally recognized for the certification of competences in software testing.

Q&A Quality Assurance testing ensures that a software has been developed properly and behaves as expected.

This website uses cookies to improve your experience while you navigate through the website. Out of these, the cookies that are categorized as necessary are stored on your browser as they are essential for the working of basic functionalities of the website. We also use third-party cookies that help us analyze and understand how you use this website. These cookies will be stored in your browser only with your consent. You also have the option to opt-out of these cookies. But opting out of some of these cookies may affect your browsing experience.
Necessary Always Enabled
Necessary cookies are absolutely essential for the website to function properly. This category only includes cookies that ensures basic functionalities and security features of the website. These cookies do not store any personal information.
Non-necessary
Any cookies that may not be particularly necessary for the website to function and is used specifically to collect user personal data via analytics or forms.
SAVE & ACCEPT
Newsletter Subscription